A new thing we are doing with our blog is featuring the history of the towns we provide our hardwood flooring services to. Today we’ll be talking about the history and background of Short Hills, NJ!

Anyone who is interested in the history and background of Short Hills, NJ should make sure that they look up the name of Stewart Hartshorn. This 19th century polymath played a key role in making the town of Short Hills what it is today. 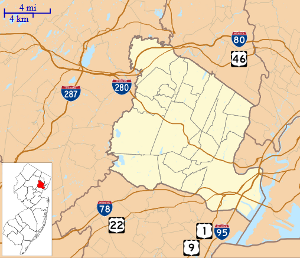 Transplanted Southerner in the North

Not that Hartshorn enjoyed a particularly advantaged upbringing. He was actually a Southerner by birth, having first seen the light of day in the town of Nashville, Tennessee, in 1840. His parents were New England Yankees, though, and Hartshorn himself would soon return to more northerly latitudes, moving with his family to New York in his teenage years.

This particular part of his life was marked by tragedy, with the deaths of his father and brother forcing him to take on the role of family breadwinner. Seemingly a very innovative and enterprising individual, Hartshorn responded to the new pressure in his life with remarkable creativity.

By the age of 24, Hartshorn had managed to patent a new kind of window shade roller, the basic design of which is still in use in the 21st century. Based on a gravity pawl principle, the invention led directly to the foundation of the Stewart Hartshorn Company, a thriving business which eventually established factories in Michigan, South Carolina and New York, as well as New Jersey.

This success would lead directly to the development of Short Hills as a community. A poet and artist, as well as entrepreneur, Hartshorn had reportedly long dreamed of creating a perfect community. He wanted to live in a place which combined the aesthetic appeal of nature, with a community spirit centred on an appreciation of the arts and love of natural beauty.

The Start of Short Hills

His search for a suitable place for this imagined utopia first led him to Hoboken. The threat from a tuberculosis outbreak meant that he soon reconsidered, though.

After some looking around, Hartshorn decided to buy some land from an acquaintance called William Seaver. This first purchase, of 13 acres, would form the basis for the town of Short Hills. He later increased the size of this plot to 56 acres through further purchases. In 1874, along with his wife Joanna and baby daughter, Cora, he moved to his new home, which was located between Hobart Avenue and the present site of the Crescent. Here, two more children would be born, named Stewart and Joanna after their parents.

As the community around this area grew, with several families already living nearby, Hartshorn settled on the name of ‘Short Hills’. He felt that there was a measure of tradition behind the name, with the local Lanape Indians having used a similar name in their own language. Early settlers in the area had also largely adopted Native American placenames, by translating them into English. He outright rejected a call to name the town after himself.

Do you live in Short Hills, NJ and need an estimate on hardwood floor installation or refinishing? Contact us today.